Tempio and its surroundings 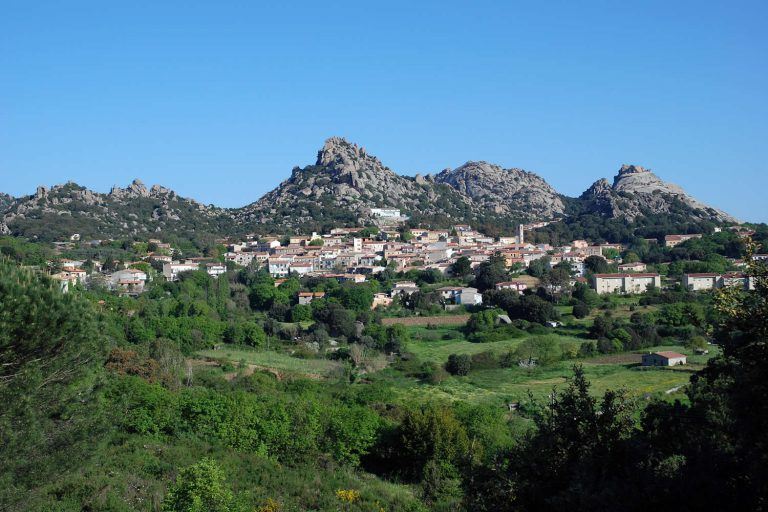 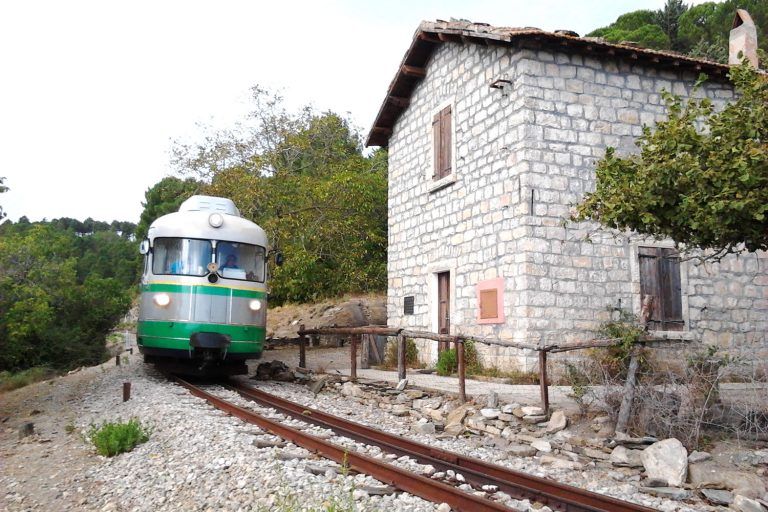 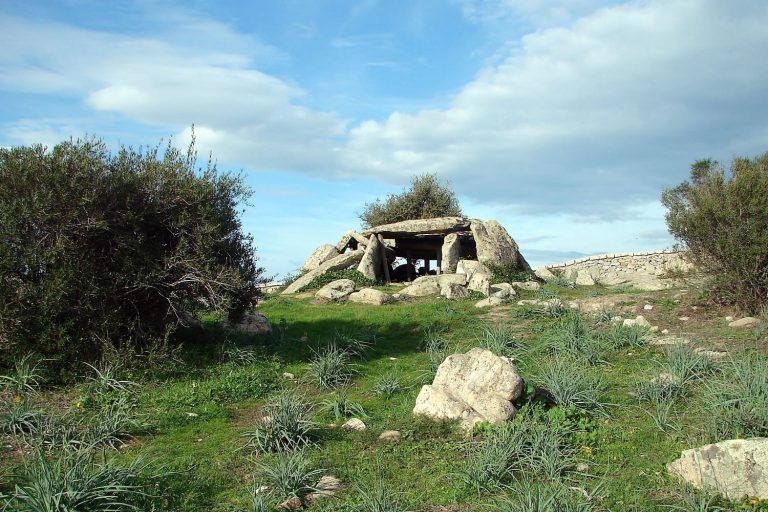 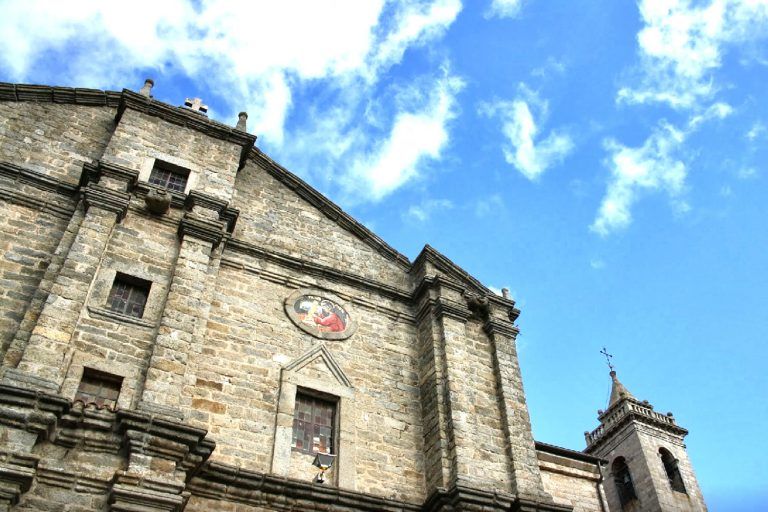 Gallura is beautiful in every season: the landscapes of the hinterland are priceless. You will love the visit to the pretty towns in the surrounding area (2-9 km) of Tempio Pausania if you really want to get to know Sardinia.
Here are some centres that can be reached with a short drive from the Pausania Inn:

Nurchis is located 3 km from Tempio Pausania. It can be reached gently, among green hills and oak forests that surround the village in a pleasant embrace. It is considered by some to be one of the most evocative places in Sardinia and one immediately understands why by walking through the ancient alleys, made of small granite buildings with flowered balconies and visiting the courtyards, the ancient churches (there are five of them) and the complex of Saints Cosmas and Damian with the imposing bell tower. Downstream of the village, surrounded by greenery, is the ancient fountain with a wash basin. Nearby it is possible to admire the nuragic site “Agnu”, the Sacred Source “Li Paladini”, the Tomb of the Giants of “Pascaredda”, and finally the railway station, a mandatory stop on the Trenino Verde.

A mystery in the heart of Gallura. A fascinating country whose origins are lost in the mists of time. A mystery that also fully affects its founders who would have a different genetic code than the other inhabitants of the region. The historic centre of Luras is characteristic and well preserved. Once it was called Villa Lauras or Oppidum Luris, and the very origin of the name is often attributed to lura, otre, or to laurus, laurel, denoting its possible Roman derivation. Among the hypotheses put forward on the origins of the town, there are some that would identify it as one of the Etruscan colonies of the 9th century BC.
Luras could also have been founded by a part of the 4,000 Jewish settlers deported to Sardinia by the Roman emperor Tiberius in 19 AD. To reinforce this hypothesis, there are several details which refer to commercial enterprise, to the Lurese customs and traditions. The first historical document that mentions Luras is the Pisan Charter of 1300. Today the economy of the approximately 2,800 inhabitants of Luras is based on tourism, agriculture, farming, cork and granite processing, viticulture and winemaking.

Calangianus is one of the “100 small great municipalities of Italy”, home to many factories producing handmade cork items and a cork museum that stands in the town center, where it occupies the beautiful 18th century complex that includes the former Convent of the Franciscan Friars and the Church of Santa Maria degli Angeli.
The ancient structure, entirely in granite, was built in the 18th century thanks to the Capuchin friars. In 1866, when the State-Church relations were tense because of the temporal power of the Pope, there was the suppression and expulsion of the religious from the convent. Following this, a part was ceded to the Province of Sassari because it was used as barracks by the Royal Carabinieri and another by the Municipality to be used as a school, prison and praetor office. At the center of the cloister one can still admire the well that in the past was also used by the people. During the first and second world wars, the church was occupied by soldiers stationed in the centre who reduced it to deplorable conditions. In 1946, thanks to the availability of a committee, funds were collected from the people to embellish the interior with frescoes by the Milanese painter Carlo Armanni (soldier in Gallura) depicting scenes from the life of Saint Francis (1948).

Aggius is one of the oldest and most characteristic centres of Alta Gallura. Awarded by the Italian Touring Club with the assignment of the “Orange Flag”, it is part of the “Authentic Villages of Italy”. It surprises and enchants its landscape, due to the position at the foot of a crown of spectacular granite mountains characterised by imposing smooth and multiform rocks, rich in natural monumental sculptures and tafonate caves. The town, surrounded by unspoilt nature characterised by oak forests, holm oaks and Mediterranean scrub, natural parks and ponds, nuraghi and megalithic circles, is the ideal base for all excursions that cannot overlook the famous “Valley of the Moon”. Its historic centre is an open-air museum: the old village is well preserved with its streets and characteristic houses in granite blocks, churches, fountains and characteristic corners that offer the visitor an unforgettable show.
The MEOC Ethnographic Museum and the Banditry Museum allow a pleasant and interesting dive into the culture and traditions of Gallura and therefore of Sardinia. Aggius is the centre that has been able to keep alive, more than others, the refined techniques of craftsmanship such as the processing of cork and granite, the goldsmith’s art of filigree, the weaving of carpets, still made by hand on wooden frames, once the heritage of the whole of Gallura. Popular traditions are still widely practiced such as dancing, singing (5-part polyphonic choir), the celebration of Holy Week, country festivals.

Perched town of about 800 inhabitants in the heart of Gallura. In the centre you can breathe a different air: the old granite houses, the narrow and characteristic streets, the square, the belvedere and the thousand suggestive views transport the visitor to another time. Bortigiadas overlooks, in a particularly sheltered position from the winds, the Limbara and the Fumosa valley, with landscapes of rare beauty that push you to discover even the most hidden corners. Bortigiadas houses the interesting Mineralogical Museum, which opens on request. Characteristic and suggestive are the pictorial depictions of Pinuccio Sciola, Sardinian artist famous all over the world, on the facades of houses. It is the town of certain old illustrated postcards, yellowed by time but which have preserved their ancient grace.

Perfugas with its paleobotanical archaeological museum, the petrified forest and the sacred well.

Aglientu is especially recommended for visiting the Documentation and Research Centre of the civilisation of the stazzi, Mulino d’Aglientu: an old restored mill dating back to the early twentieth century, located in the centre of the town, a few metres from the main square, which hosts high level exhibitions.

,
Finally, in Luogosanto you can visit the Monte Casteddu nuragic complex, with the interesting “meeting hut”, the Balaiana castle and the church of San Leonardo, the San Trano hermitage, the Baldu palace, the Basilica of the Nativity, the convent and the ethnographic museum.

This site uses cookies, including third parties, to send you advertising and services in line with your preferences. If you want to learn more or opt out of all or some cookies click here . By closing this banner, scrolling this page or by clicking any of its elements consent to the use of cookies. Ok